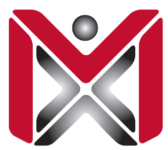 Kelly A. Montoya is a doctor of physical therapy and part owner of Montoya Physical Therapy and Wellness. Kelly was born in Missouri where both of her parents were in the military. She grew up in the Sacramento area graduating from Florin High School in 2003. While in high school, Kelly played softball and earned the Coach’s Award her senior year. She also played water polo her junior and senior year, earning the honor of team captain. In addition, Kelly was voted to second-team All Conference and was awarded MVP.

Following graduation from high school, Kelly transferred to Sacramento City College where she played water polo for two years. During her second year of water polo she was voted team captain. She received an athletic scholarship, transferred and played water polo at our own California State University, Bakersfield. While at CSUB she excelled in and out of the pool becoming team captain her senior year. Additionallly, she received a nomination for the Roadrunner of the Year as well as being nominated for the Outstanding Student Award for the exercise-science concentration of the PEAK program.

In 2008, Kelly graduated from CSUB and transferred to Robert Gordon University in Aberdeen, Scotland, UK for a master’s degree in Physiotherapy (physical therapy). Following graduation in 2012, Kelly returned to Bakersfield to continue her education. Remarkably, she earned a Doctorate degree in physical therapy while working as a licensed physical therapist.

Kelly and Rick met not long after her move to Bakersfield and were married in 2015. Soon after their wedding they began planning their dream of owning their own physical therapy clinic. In 2017, they established Montoya Physical Therapy and Wellness where they have created an atmosphere that allows for individualized care for patients in the community that they love.

Alongside being a physical therapist, Kelly loves to help others achieve their health goals through nutrition. She stays active by participating in CrossFit, spinning, running, and hiking. her free time, she and Rick love camping and enjoying the beach with their two pups.